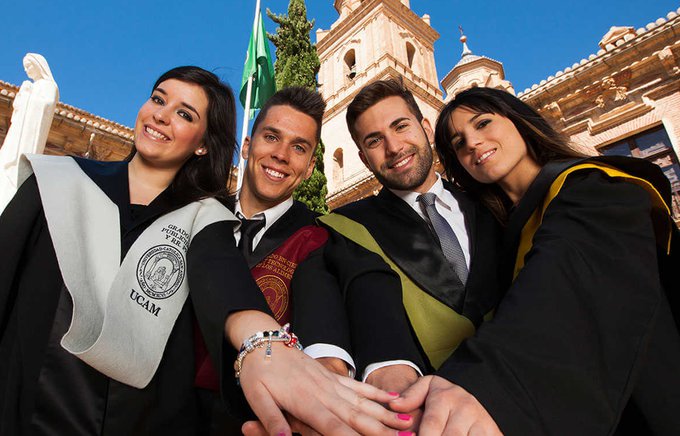 Combining centuries-old academic traditions and modern educational standards Spain is rapidly integrating into the European education system. Having carried out a number of significant reforms, the state has maximally adapted the education sector to the needs of today's Europe, making education not only a priority, but also competitive on an international platform.

Speaking about the education system in Spain, it is necessary to note its significant branching, which allows a student to decide on the choice of his future specialty from the school bench. The whole process in educational institutions is focused strictly on the personality of the child, taking into account his individual qualities and aspirations.

The very structure of education in Spain is multidisciplinary and consists of four levels:

Education in Spain is free only if you receive a full secondary education. It is also mandatory for all children of the country aged 6 to 16 years. But foreigners do not have the opportunity to study for free in public schools in Spain.

Preschool education in Spain is the first stage of the Spanish education system. It implies a single and separate stage, covering the period of a child's life from birth to six years. This stage consists of two cycles of three years each, organized on a voluntary educational basis. Only the second cycle is free.

As for the first one, which covers the period of life of a child from 0 to 3 years, the Ministry of Education, Social Policy and Sports, in cooperation with the autonomous districts, has taken measures in recent years to increase the proportion of students. . At this stage, education provides physical, intellectual, emotional and social development of children, which allows them to learn about the environment and contributes to the development of a positive self-esteem and independence in the child. The second cycle recommends an introduction to learning a foreign language, teaching reading and writing, basic mathematical operations and the basics of information technology, as well as the development of visual and musical skills.

Primary education in Spain consists of six academic courses corresponding to the stage from six to twelve years. It includes three cycles of two years each in one of the schools in Spain.

This is a mandatory and free stage, which, together with secondary education, is the main one. Its goal is to give all children an education that will allow them to acquire basic skills of oral speech, reading, writing and counting, and will also contribute to the socialization and development of the child's personality, his creative abilities.

The content of the educational program is organized in blocks, taking into account the preservation of its integrity. The mandatory blocks are the following: natural sciences (knowledge of the environment - nature, society, culture), creative development, physical education, Spanish language and literature, foreign language, mathematics, civil society and human rights.

In the third cycle of primary education, the administration of an educational institution may introduce a second foreign language. Special attention is paid to the blocks that are key for obtaining subsequent knowledge. Such skills as reading and understanding the text, written and oral speech, audio-visual communication and information technology, value orientation are somehow worked out in each block, regardless of its specifics. Every day, time is given to reading in order to develop a habit for it.

The assessment of educational activity is permanent and universal; The academic performance in general in all subjects is taken into account. Students move on to the next stage of education  when they acquire the appropriate basic skills and reach a sufficient level of development.

To ensure the continuity of the educational process, at the end of each stage, the student is provided with a report on his academic success, goals achieved and acquired skills on the model of an educational institution.

Compulsory secondary education in Spain (ESO) covers the period from 12 to 16 years and consists of four academic courses. The compulsory school curriculum is designed in such a way that students receive basic knowledge in the main fields of science and art, as well as develop and strengthen the habit of studying and working, prepare the student for the subsequent stages of education  and entering the labor market. fulfillment of the rights and duties of a citizen.

At this stage, special attention is paid to the acquisition and development of basic skills and knowledge. The program of all subjects provides for the allocation of time for reading. Subjects studied: natural sciences, physical education, social sciences, geography and history, Spanish language and literature (the second official language and literature, if any), foreign language, mathematics, music, fine and plastic arts, technology, civic education and humanities. right. The last course of this stage allows students to choose additional specialized subjects for the purpose of further professional orientation. At this stage, it is possible to study a second foreign language.

The student moves on to the next course, provided that the tasks assigned to him in all the subjects studied are completed, or if there is an unsatisfactory assessment in no more than two subjects. In case of unsatisfactory assessment in three or more subjects, the student takes this course again. As an exception, a student can be transferred to the next course with three unsatisfactory grades if the teaching staff considers it possible for him to successfully complete the following courses and fill in the gaps in the unreleased subjects, which will ultimately ensure his further success in learning. the learning process.

Within the stage, the same course can be repeated once, at most twice. For those who have not completed compulsory secondary education, there are "Programs of initial professional qualification" ("Programas de cualificación profesional inicial" (PCPI), which include three modules, so that all students have the opportunity to obtain a first-level professional qualification and deepen their knowledge to obtain a certificate of compulsory secondary education (título de Graduado en ESO).

The Bachelor's degree is an optional stage of school education in Spain, consisting of two courses. To pass to this stage, you must have a certificate of compulsory secondary education (título de Graduado en ESO). The maximum period of study in the bachelor's degree is four years. A bachelor's degree implies admission to a university and further education, achieving intellectual maturity, acquiring knowledge and skills that, among other things, will allow students to gain access to higher education.

The bachelor's degree program has the following areas: art, science and technology, humanities and social sciences. The direction of art criticism is divided into two additional ones: Fine Art and Design and Stage art, music and dance. The bachelor's degree program consists of general education subjects, special subjects (depending on the direction) and elective subjects. Students have the opportunity to choose several of the total number of special subjects. Each direction is organized in such a way as to allow the student to obtain special knowledge for subsequent education .

The evaluation of the results of educational activities is carried out separately for each subject, depending on the set goals and evaluation criteria established by the educational program of each autonomous district. Students who have successfully obtained a bachelor's degree receive the title of Bachelor (título de Bachiller), which operates both in the field of education and in the professional sphere. To obtain the title, it is necessary to have positive grades in all subjects in two undergraduate courses. The bachelor's degree gives access to various levels of higher education.

To enter the University of Spain, you must pass a single exam, which, together with the grades obtained during the bachelor's degree, allows you to objectively assess the knowledge, academic maturity and readiness of the student to continue studying at the university. A single entrance exam can be passed by everyone who has the title of bachelor, regardless of the chosen direction and method of study. The exam takes into account the direction of the bachelor's degree, consists of tasks on subjects passed in the second year and allows you to enter universities in Spain for various specialties.

The royal decree regulating admission to universities under the new curriculum (estudios de grado), adopted in November 2008, comes into force for students completing a bachelor's degree in the 2009/2010 academic year.

According to this plan, the entrance exam to a Spanish university consists of two parts: a mandatory part in general subjects for everyone and one special subject, as well as a second part, optional, which allows you to increase the grade. Graduates who have received an average bachelor's degree score of 5 (60% of the total score) and have passed the entrance exam (40% of the total score) will be able to enter the university if they have scored at least 4 points in the mandatory part. The additional part of the exam will increase the assessment of applicants to faculties with a limited number of places. In this part, the applicant takes other special subjects that are not selected for the mandatory part, related to the field of knowledge chosen for further study at the university.

The purpose of the second part is to provide the possibility of changes so that the direction of the bachelor's degree does not permanently bind the student to one area of activity, as well as to give the applicant the opportunity to improve his assessment by making additional efforts. . The validity period of the grades obtained on the elective exam is two years. This exam can be taken as many times as you want, but only in two subjects. Thus, each of the passed elective exams can increase the final grade by a maximum of one or two points, if the university to which the applicant enters has indicated that the subject is considered as a priority for admission to a certain specialty. At the beginning of each academic year, universities must announce a list of priority subjects for admission to each of the specialties.

The Royal Decree also sets standards for admission to universities for applicants with a different type of higher education, for applicants over 25 years old, citizens over 40 years old who have provided information about their work experience, citizens over 45 years old who do not have a document of education or work experience in such a way as to provide an opportunity for higher education for adults.